THE LONG-SUFFERING GREEK CINEMA: THEN AND TODAY

Good day or night or whatever Ladies and Gentlemen…

I regret that responded to question of many friends from abroad to a thankless job, on the situation of Greek cinema now and before. Too bad, because as a Greek would say nice things about Greece, but now I will write about Greek cinema. Cinema and Greece go together like Athens and Thessaloniki, as the soils of the orchestra with marble stands of an ancient theater, but unfortunately we will talk about Greek cinema, that indies attempting to drown the State sub-festivals and trying to create his own among tripping, interlaces and corrupts.
But let us not shake…
What we said?
We will talk about Greek cinema! God forbid that I open my mouth…
So I decided this article to be filled with historical Greek Cinema problems every now and then and saying only the truth on the basis of loving of cinema. Today some people left the Greek Cinema in the hands of charlatans, waiting with anxiety our return…

What is finally the National Film School?
I will mention for example the Italian School was clear, aesthetic and ideological characteristics and specifically laid with the neorealism. Corresponding attributes are not acquired by the Greek cinema and is the result of the policy would be applicable to all the arts and especially in the art that interested and fascinated almost the entire People. The development of the Greek Film begins after the war. In that period they will created the first production companies and the first cinema studios. The AnZervos Productions, Finos Films, Alfa Studios, Roussopoulos Bros, Klak Films, producers such as James Paris and Karagiannis – Karatzopoulos will be the first and main producers for twenty years after Second World War. 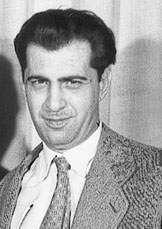 After the Second World War, civil war came and Greek filmmakers want to talk about the tragic events, but the censorship intervenes and guides ideologically and aesthetically all the filmmakers. The foreign politics and his agents dominate the country. The Greek governments are conducted and carried on the basis interests of Anglo-American political rules. Violence and terrorism are essentially the political regime of the country. The deportations, tortures, rigged political trials, are on the everyday agenda. Greek filmmakers will be hard-pressed by producers who would manipulate them within the Ministry of Press and Industrial Ministry, which cinema belonged until 1980.
Individual cases not have continuity and success. They will exclude hunted and silenced. 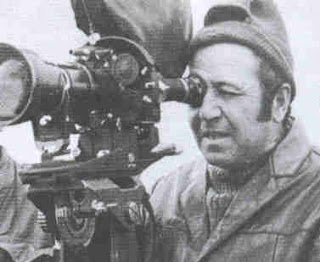 The way is simple: display blocks the films or concealment of the press and the filmmaker lives under pressure in professional and personal life. Many directors that they wanted to create a national film school they left the country or their job and Greece could say that acquires a particular cinema castrated aesthetically and ideologically, a pale imitation or movies parody of American and European box office movies successes.

It is the time when the actor’s cinema in Greece begins. The audience and the press devote pages and cover the STARS of the big screen. Art Film is replaced by the glamorous of the Producer and fatal protagonist. It would be useful to see and understand the similarities with today sixty years after. Television makes the film more cheap glamourous byproduct of. The aesthetic criteria go strolling; bad taste and fanfare are our national aesthetic.

Not infrequently, the question comes; is there GREEK CINEMA or what could be called as such. The sober answer is negative. There was no national film school. To be understood, when we call national film school, means that it has a common aesthetic characteristics of the dominant line accepting or overturning. These features are general and reflect the historical development of the structure of a nation, especially when it comes to this area of expression of society. In our case, the movies should be characterized by the tradition of the nation representational. 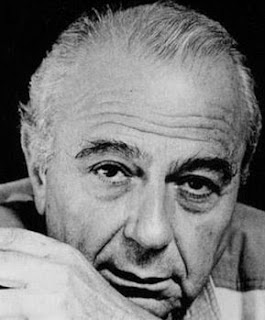 In no case were not helped filmmakers such an effort by the political authorities. Attempts have been since the beginning of the seventh art in the country, but provoked or were buried. After Second World War, movies appeared in the country that discerns the desire of particular characteristics in aesthetic of expression so that our cinema can speak his own language, the Greek language. George Tzavelas, with his classic education, will make the first major effort to interpret society through simple stories with high quality footage and dynamic actors’ interpretations, using editing techniques and lighting atmospheres; which will strengthen the desire of younger filmmakers for a creative expression. So excited new filmmakers they start their own dreams; Vasilis Georgiadis, Kostas Manousakis, George Skalenakis, Panos Glykofrydis, Henry Thalassinos, Michael Cacoyannis Nikos Koundouros, Grek Dallas and Takis Kanellopoulos. These filmmakers tried to create a National Film School based in expression of ethics. But…
The agonizing efforts will be create friction, bigotry and box office failures and force Kostas Manousakis to leave the cinema industry with an open letter in which justifies his decision. Until his death he worked as a night watchman in a factory. Manousaki’s letter will be the tragic epilogue of one generation of directors in the 60s that tried to establish a National Film School which was buried in the fury of censorship and in pseudo-glamorous. Couple of film directors’ followed him. So we end up today in the economic crisis to waver in paranoid experimentation and cheap illusions of cheap pseudo-glamorous mania bygone things.
The today false system persecution film directors to create a New Greek Cinema, but we will return… And when we’ll be back be afraid of us!